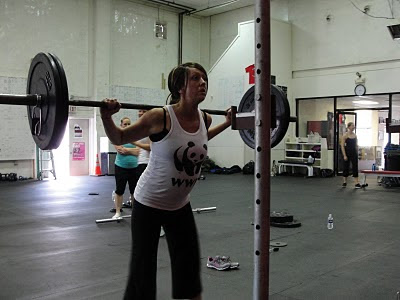 Pregnant CrossFitter - Kelly Biddle
My name is Kelly and my daughter, Ella, was born on October 24, 2010. She was lucky enough to share her birthday with another future Crossfitter - Miss Chloe Lyons!

I've been crossfitting at KOP with Aimee for almost 2 years. It surprised me the most that I fell in love with Crossfit. Prior to becoming pregnant, I would be at the box between 2 and 3 times a week, sometimes more, sometimes less. And while I wasn't in there RX'ing everything that came my way, I had seen significant improvements in so many areas from when I first began - I went from not even being able to complete a 200M run to running 400M x 5 in some WOD's. I was box jumping on the 21" box. I was super close to a kipping pull up without a band, where when I started I need someone to push me over the bar even with the thickest support band! These and many more were such accomplishments. To me, these were my RX's.

I found out I was pregnant at the end of January and knew I would have to press pause on my progress in crossfitting. I told Aimee early on, at about 7 weeks, because I wanted to be able to communicate with her on what I could and could not do. I set a goal to get to the box as much as I could. My doctor was on board and told me only 2 things - watch your heartrate and listen to your own body. Almost immediately after finding out, I was hit with horrible morning sickness (although mine was morning, noon and night) that lasted up until about 16 or so weeks. Just lifting my head without the world spinning was a WOD in itself and I wasn't able to get to the box as much as I would've liked.

Once that subsided, I resumed working out at least 1-2 times a week. I scaled my workouts even more than normal because my energy level just wasn't what it used to be. I was also trying to accommodate for the new center of gravity, the sore joints, etc. On the days I did make it to the box though, I found that post WOD, my energey level was so much higher and overall, I just felt GOOD. It was a nice change from the exhaustion and sluggish feeling pregnancy can bring on. I was able to do most things in a WOD and the only thing I really stayed away from completely were sit ups. Everything else was done on a pregnancy scale. I pushed myself as hard as I could and walked away from each WOD proud.

I gained about 25 lbs during the nine months and Ella was born at 7lbs. 5oz., 4 days post due date. She was as healthy as could be and although labor was long (22 hours), it was relatively easy. I'm almost back to my pre-baby weight, just about 4 weeks later. Although I was not and really still am not too concerned about fitting back into my "normal" clothes, I am happy that I was able to maintain my weight and bounce back so quickly. I credit that to Crossfit. I was able to keep actively working out because Aimee & my other coaches helped me scale each WOD and as I mentioned before, I listened to my body. That's the most important thing, listening to yourself. I only did what I felt comfortable doing because my main goal was to have a healthy and happy baby. Everything else was secondary.

I am so happy that I had Crossfit in my life during my pregnancy. 4 weeks later, I am ready to hit the box again. I know I will still scale as I don't yet feel back to 100% but I can't wait to be active again. The entire 9 months and the little person that resulted from it are motivation to get into even better shape and I look forward to even more progress! 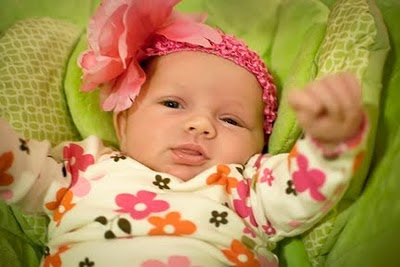