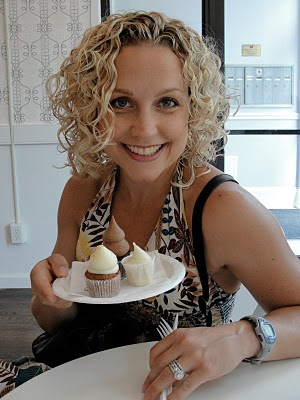 Now here's a spicy subject...pregnant or not. At my first CrossFit Level 1 certification, Tony Budding taught the lecture about Nutrition and claimed changing it in someone was like changing their religion. Very true. Well if you layer pregnancy on top of good nutrition for a first timer who has no clue about grains, leaky gut, dairy, acid base balance, sugar, insulin, the importance of protein and fat, paleo or zone and attempt to change them...watch out! Coupled with hormones you are setting yourself up for disaster.
First Trimester:
Here's my two cents. Before becoming pregnant I became VERY strict with my diet, I was not consuming any grains, dairy or alcohol (prior to sectionals March 2010). I was feeling great and performance followed suit! Once I became pregnant, I continued this trend for the first 8 weeks. Following that, my body started to crave strange things, cheesecake, pizza, fish sticks, mustard, tomato/mozzarella salad- to name only a few. I found I wanted more fruit over meat, more carbohydrate sources vs. protein sources. I was very turned off by steak. I gave in to these cravings and as funny as it sounds, I took it to mean that my body was asking for something in these foods that I wasn't getting otherwise. This is when I noticed a strange thing happening. One day I ate pizza; something that would send me in a downward spiral for the next few hours, tired, groggy, sick, washed out & unable to function like a normal human. On that day however, it tasted great, the fact was I didn't feel bad afterward, another "little person" was sharing my food. I was fine! I didn't abuse these cheat foods, as I craved them I gave my body what it asked for.

Morning Sickness in the First Trimester:
I didn't have a bad case of "morning" sickness, but there were a numerous amount of foods that made me cringe at the thought of eating them. Certain smells in the first trimester turned me off and there was an overriding nausea lingering. Early on I drank alot of mint tea to help with the nausea. I felt more nauseous in the evenings.

Morning Sickness in the Second Trimester:
Similar to most women, I did not experience any "morning" sickness in the second trimester. Almost to the day I turned the corner on the second trimester it was like someone pulled up the curtain and I could go back to Zoning and a more Paleo approach to food. I will be honest though, I was craving more sweets than normal-(note the above photo and cupcakes). I added dairy back into my diet and found that the addition of greek yogurt in the morning was working well for me!

Another discovery was that I needed fuel my body more often. Almost every three hours I needed to nourishment! Smaller meals throughout the day was much more beneficial to my body then big meals.

Check out this Q & A from Loren Cordain, Ph.D., Professor:

I would like to know if you could direct me to any research that indicates what amounts of protein are necessary for pregnant women who live the Paleo Diet way. I am in my third trimester with my first child and have been living Paleo since I first heard you lecture on it back at Boulderfest before your book came out. I have been the picture of health and my pregnancy has been very easy. I am finding that my protein and fat requirements are significantly higher.

Is there any research you could direct me to regarding protein requirements for pregnancy based on trimester?

Thank you very much and I look forward to hearing from you.

This question has come up before and the bottom line is that your probably should increase your fat and carbohydrate consumption, and limit protein to about 20-25% of energy, as higher protein intakes than this may prove to be deleterious to mother and fetus for a variety of physiological reasons. In my next book, I have devoted a chapter to maternal nutrition before, during and after pregnancy and why protein must be limited during pregnancy.

My colleague John Speth (an anthropologist) at the University of Michigan wrote a paper on protein aversion in hunter-gatherer women during pregnancy. Listed below is the abstract: (note the 25% protein energy ceiling!!!)

"During seasonal or inter-annual periods of food shortage and restricted total calorie intake, ethnographically and ethnohistorically documented human foragers, when possible, under-utilize foods that are high in protein, such as lean meat, in favour of foods with higher lipid or carbohydrate content. Nutritional studies suggest that one reason for this behaviour stems from the fact that pregnant women, particularly at times when their total calorie intake is marginal, may be constrained in the amount of energy they can safely derive from protein sources to levels below about 25% of total calories. Protein intakes above this threshold may affect pregnancy outcome through decreased mass at birth and increased perinatal morbidity and mortality. This paper briefly outlines the evidence for the existence of an upper safe limit to total protein intake in pregnancy, and then discusses several facets of the issue that remain poorly understood. The paper ends by raising two basic questions directed especially toward specialists in primate and human nutrition: is this protein threshold real and demographically significant in modern human foraging populations? If so, does an analogous threshold affect pregnant female chimpanzees? If the answer to both of these questions is yes, we can then begin to explore systematically the consequences such a threshold might have for the diet and behaviour of early hominids."2

The physiological basis for this aversion stems from a reduced rate of urea synthesis during pregnancy that is evident in early gestation1 as well as increases in the stress hormone cortisol3. Hence, pregnant women should include more carbohydrate and fat (i.e. fattier meats) in their diets and limit dietary protein to no more than 20-25% of their total caloric intake.

A few notes from the Whole9 - Melissa Urban:
We don't have a ton of experience specifically with Paleo for Pregnancy, but we've consulted with Robb and an OB/GYN friend of ours in Houston, and the consensus is that eating in the manner that's best for YOU is also what's best for your baby. We specifically recommend that you stay away from soy - there have been some terrifying studies about the estrogenic effects of soy on babies in utero, and you don't need to be passing any external hormone stimulation along to your little one before their own systems are fully developed. Otherwise our recommendations would be the same - stay away from inflammatory foods like grains, dairy and legumes, plenty of fresh vegetables and fruits and make sure you're getting enough good fat to support your energy levels.